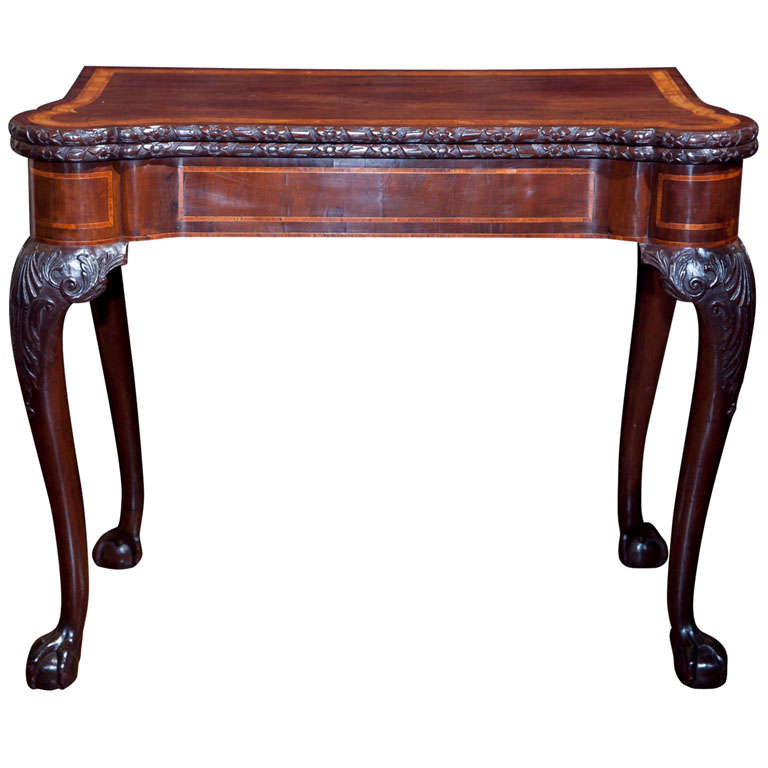 Did you that the lowly crowbar and the cabriole leg have the same origin?

Originally, the term pied-de-biche referred to the curved leg of a table or chair that ended in a hoof. The term literally means doe’s foot. However, overtime the term has come to mean crowbar and cabriole. In fact, at the start of the 18th century, cabinetmakers began to refine their craft by dispensing with stretchers and straight legs and introducing the cabriole leg with a plethora of foot designs from hoofs to ball and claw.

Take this exquisite George III game table, constructed of solid Cuban mahogany and inlaid with satinwood. Its highly carved and decorated cabriole legs ending in ball and claw feet are not only a superb example of the evolution of the cabinetmaker’s skills in the 18th century, it can only be discovered at Mill House Antiques. More than an ordinary experience.

Mill House Antiques is a trademarked name with one location in Woodbury, CT. Open 7 days a week from 10am to 5pm, Monday through Saturday. 12 noon to 5pm on Sundays. Please call 203.263.3446 or visit our website at millhouseantiquesandgardens.com for more information.